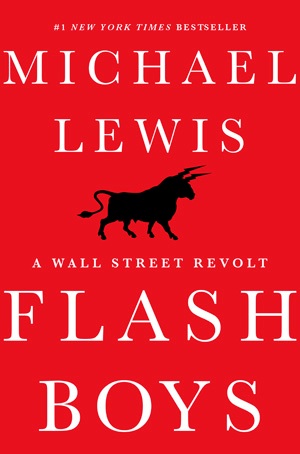 Posted at 14:46h in WHAT WORKS by Karen 0 Comments
0 Likes
Share

I read two inspiring books this month, true tales about two unlikely heroes who are cultural opposites. Yet they succeed in similar ways to overcome years of seemingly insurmountable odds in their quest for truth and justice.  Both riveting stories are the stuff of movies (one has been greenlighted).  I’m referring to the recently published books Flash Boys:  a Wall Street revolt by Michael Lewis and Black and White: the way I see it by Richard Williams with Bart Davis.

Normally these two books would never be compared—one about uncovering obscene wealth siphoned off immorally (maybe illegally) on Wall Street and the other about beating poverty, prejudice and cruelty in Shreveport, LA.  Coming from opposite ends of society’s spectrum, both are David and Goliath stories of triumph against all odds stacked against them.  Both stories with clearly  identified villains make your blood boil.

What works that drives these two protagonists to become successful are the qualities they have in common:  a strong moral fiber, courage, dedication, trust in themselves and in what’s right, laser focus and brilliant creative problem solving skills.

Brad Katatsuyama is a young, mild mannered, comfortably successful, rather unambitious but brainy Canadian banker transferred to Wall Street.  He notices a mysterious, inexplicable inequity while trading stocks and sets out to hunt down clues that lead to answers.

His courageous and unrelenting sleuthing to uncover the deep, dark, technical secrets of rigged high frequency trading (HFT) practices ultimately reveals a massive and outrageous Wall Street scam:  skimming, kickbacks, secret fees and dark trading pools set up at public exchanges, big banks with HFT for their own profit at the expense of the customers they serve– the average retail investors in the stock market.  And these trusting customers (outsiders) are clueless about being fleeced.

Along with the crack team he assembles, Katatsuyama’s Sherlock Holmes-like dramatic journey into the “belly of the beast” to expose the stock market scam requires him to dig deep and risk his career and reputation.  In the end, he has an epiphany:  rectify the market’s immorality by creating a fair and level stock exchange (called IEX).

Richard Williams is the famous tennis coach-father-mentor of champions Venus and Serena. In Black and White he writes about his near-death childhood escapes in the 1950s and ‘60s during Louisiana’s lawless lynchings, KKK cruelty, slave conditions and brutality.  His terrifying journey with a drive to survive and thrive despite injustice in a country rigged against blacks (outsiders) is a story of triumph over lifelong indignities endured from prejudice.

Determined not to be beaten down by the brutal beatings and rejections, he committed to making it on his own terms through intense education and hard work.

After achieving some success as an entrepreneur, Williams also had an epiphany:   create a master plan for his family—a manifesto for enlightened parenting and significant wealth.  The bold plan included having two daughters in the future (!) whom he would train to become world class tennis champions.  People laughed; the rest is history.

One person had the best of everything to lose; one had the worst of everything to remain behind.  In his master life plan, Williams summarizes what works:  courage, commitment and confidence held together by faith.  It’s a sound plan for heroes.