Posted at 14:28h in Business by nsadmin 0 Comments
0 Likes
Share

Miraculously, we survived with little damage in Palm Beach and Broward Counties. Fellow Floridians further south, north and west were not so lucky and we are making donations. This e-newsletter is about sharing Hurricane Irma stories and reflections from our Multi-Media Works Team (plus one). 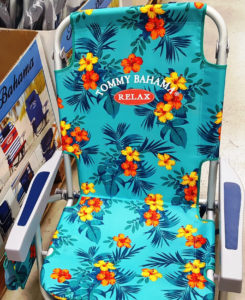 Saturday, 9/9/17: Yesterday, when Irma was predicted to hit the east coast of Florida as a cat 4, I stopped at Costco for some last-minute items. Life was put into perspective there. I’m focused on survival shopping and passed products that seem ridiculous at times of an impending natural disaster. Do I need “hair, skin and nail gummies” or an ice cooler (sold out)? How about “Abcuts advanced belly fat formula” or just plain bottled water? A six-piece stainless steel barware set, or a set of liquid protein drinks that don’t need refrigeration?

The work developing business relationships this year could be on a long hold, washed away by a day of wind and rain. Restoring infrastructure will be the priority, and in too many cases rebuilding homes and businesses. Global warning.

This morning Irma’s path jogged over to the west coast, reducing the impact here on the Atlantic side. Those ‘canes are so fickle! A low beach chair at Costco caught my eye with its one-word message on how to deal with Irma: “Relax.” 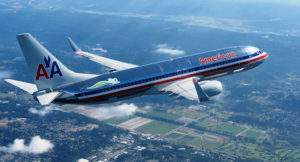 When it was confirmed that a Category 4 or 5 was heading our way, my husband and I discussed staying or leaving. He saw that I was feeling quite anxious about being in Florida, so he suggested I find a flight out and he would stay back to protect the home front. Probably to make me feel better, he mentioned that many colleagues were making the same split decision for the same reason.

On Monday night, five days before the storm hit, I searched for an open seat on all the airlines. Every flight leaving South Florida was booked. On Thursday, a friend noticed that airlines were opening up sections and sure enough I found a flight with one available seat leaving out of Miami to NYC at 8:45pm. It was 5:00pm when I booked it, tossed some clothes into a suitcase and rushed to the airport.

The pilot announced that 30 planes were on the runway ahead of us waiting to take off; we waited our turn for two and a half hours. It felt like an air evacuation was taking place and everyone in Florida was getting out. Suddenly the fastest pilot in the East announced to fasten seat belts folks as he made a quick right and taxied to the front of the line, passing the other planes. At full throttle, he lifted off speeding all the way to NYC in two hours and 10 minutes, 40 minutes faster than usual. Awesome pilot!

Safe in NY with friends, of course I was glued to TV watching Irma, worried and in tears about splitting up and leaving my husband to tough it out alone. 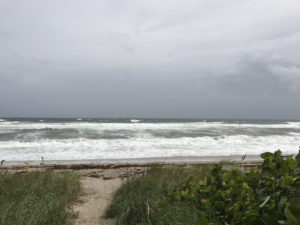 That was one scary, anxiety-inducing hurricane! To try to alleviate the pre-storm jitters, we drove to the beach two days before it was due, spending quiet moments of reflection while watching the larger than normal waves crash against the sand. The next day I went to Ocean Ridge Beach for one last meditative moment before curfew. The police officers who asked me to seek shelter were smiling and courteous with their urgent request to leave. We lost power Sunday while, behind high-impact windows, we anxiously observed Irma’s powerful winds blowing water out from the lake behind our home.

When the storm passed Monday morning, we felt anxious about the aftermath. One therapeutic way we dealt with post-anxiety hurricane stress was to drive around the neighborhood and witness the recovery as people began cleaning up. We checked on our friend’s home; it was standing unharmed. Amazingly, the anxiety immediately melted. In its place is a feeling of gratitude and appreciation for the experience that we all survived together. 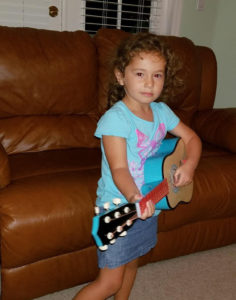 From day one, my husband and I kept calm and very positive that whatever would come we would be OK. We wouldn’t leave our home with our two young children unless a Category 5 was in the track to hit us. Luckily it was a good decision to stay.

On Saturday morning, the day before the hurricane arrived, we met a new neighbor with a nine-year-old son. He and my six-year-old son spent the morning with my daughter catching lizards and creating a four star hotel (only the golf course was missing!) for them “so they could survive,” my son explained, then would let them free after the hurricane passed. During the storm, my husband and I watched our two kids, sing and dance their lungs out to make Irma’s wind gusts fade out. Our four-year-old daughter took breaks during tornado alerts and fled to the safe room (bathroom) where we set up toys.

I am so grateful that we lived through this experience and we’re safe. It showed us that as long as we have faith, we are prepared, we are patient and we trust in each other then we will be able to take whatever comes at us! 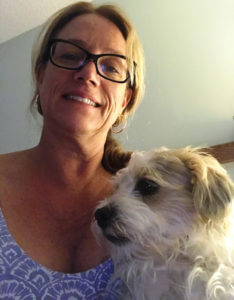 I got to bond with my young doggie, Daisy, during the storm. She’s five-years-old and new to our family, only a few months now. After Irma left, we walked around the neighborhood to investigate the damage while I traded dog coping (or not) stories with neighbors. We spotted a crab on the sidewalk and a baby opossum running up a palm tree – critters I wasn’t used to seeing here. Daisy caught a lizard. She was so hot and tired that she stopped and plopped in the middle of a neighbor’s yard and I had to carry her home.

Daisy was more than dog tired. She was tired of the storm, of the strange sounds–fans, portable air conditioner, strong wind gusts against the metal shutters, banging hammers and buzzing saws, humming generators–of house guests and different foods, like filet minion on the grill one night so we could consume our defrosting food after the power went out. The storm took its toll on us but I enjoyed being with my new dog throughout it. She kept me calm and entertained and helped me focus on something other than Irma howling for attention all day and night. 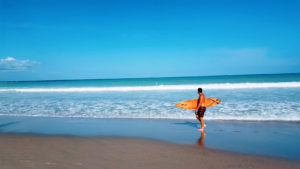 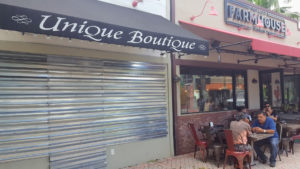 Two days after Irma, restaurants and shops gradually began to open in Delray Beach. The beach itself was pristine perfect, pure turquoise warm water with tufts of white surf and a baby blue sky stretching into the horizon. So calm and crystal clear at the beach, you’d never know an ugly monster had just muscled through carrying tornado humps on its back.

The trees, on the other hand, suffered greatly from flash tornados and wind gusts, which makes me so sad because I love trees. It will take ages for their broken limbs and spines to be cleared or re-grow and for the uprooted ones to be replaced. At least the humans co-existing with them here were unharmed. 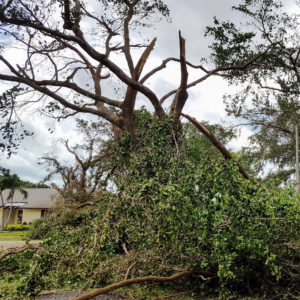 My friend, Robert, is an ex-pat from Calif. living in Bali. When he received my email about H. Irma landing here as a cat 4 or 5, he replied with a stream of consciousness email about his first hurricane experience in Samoa. He was designing and building Coconuts Beach Club, a resort there, with Calif. partners Barry and Jennifer. It was nearing completion to open when a hurricane struck, a doozy. They had never experienced one before, did not know what category, and while fighting for survival they fought to save their property, too. Years later, in 2009 after the resort became a destination, Samoa was hit with a catastrophic tsunami from an 8.0 earthquake that destroyed most of Coconuts. They decided to rebuild it (http://cbcsamoa.com), a testament to courage, resilience and his philosophy.

Hi Karen,
Yes, scary is the word. Being centered and not losing sight of being in the time and place beyond the hurricane I’ve found to be very helpful. As I’ve been in two hurricanes in Samoa, one just before we opened [the resort], without food and water, mistaking the eye and the sunny day of it for the finish. I would go outside every day of the three days, covered inside a big basket to protect against flying coconuts, to forage for anything edible. One by one the construction shack, building and the one housing unit where Barry and Jennifer stayed failed. 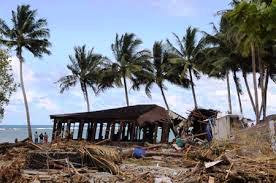 They came in to my shack that had a king bed, the first of eight room accommodations we were within days of completing. Barry slept in the middle, Jennifer on one side and I on the other near the door. We were all saying prayers to Native American words that I knew so that the roof would not fly off and take us with it. The howling sounds were tormenting and the feeling of lifting would come and go. I would bewind nude as rain whipped, running down to the unfinished kitchen to try to find the peanut butter that we saw in a carton. There was no power, no plumbing and no communication.

And on it went until one day sun and calm broke through and we all went around to see the damages. We found some jars of this and that and congratulated ourselves for making it through, for about 45 minutes, until the black clouds appeared. They were moving in another direction, toward us. We realized we were in the eye and hightailed back to our shack for another two days.

There are lots of small and wonderful stories during the hurricane where we could see ourselves as heroes daring the storm in the water, dodging waves and debris to place rocks on the beach in front of our bar and restaurant– about 10 big Samoans and me–no longer having our wet sarongs, believing that we could save the restaurant. And when we could not see any longer from the wind and sand, we all left to an uncertain future, Samoans back to their village and me back to my shack. 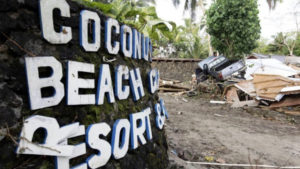 The damage delayed our grand opening for six months. We wrote the story in our public history and we learned a lot about hurricanes, staying alive, and we knew, like so many, the power and forgiveness that is nature. We learned as well to correct our buildings for the partnership we had inherited with nature. It did influence my architectural designs, and somehow the set-back to open was not a loss. It did help to create a new thinking which has carried us over 23 years, until the tsunami.

My intent here was to write you a few lines just to say something about giving in, accepting the future in your life and staying with that thought and feeling no matter what, believing that you will emerge regardless. I’m sure you know all of that, however it might help to remind, maybe during a tough time.

We hope you are all safe and that power and normalcy are quickly restored!

To discover, define and present remarkable you

(Yes you are!) in video, PR, print and social media.

(We have won awards in all four media categories.) 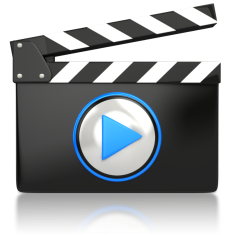 WE TELL YOUR BRAND STORIES
IN THE MEDIA

We are a multiple award-winning company that exposes you in the media. We only expose your remarkable parts! Think of us as your brand storyteller for what makes you and your business or nonprofit special. If you want your remarkable parts exposed across the media, call and tell us everything! We are your one-stop media shop. 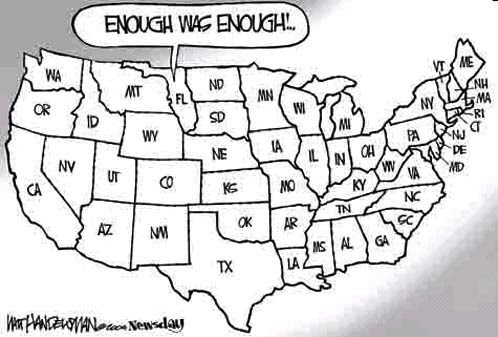