CREATIVITY: How “Thinking Outside the Box” Works

Home > WHAT WORKS  > CREATIVITY: How “Thinking Outside the Box” Works 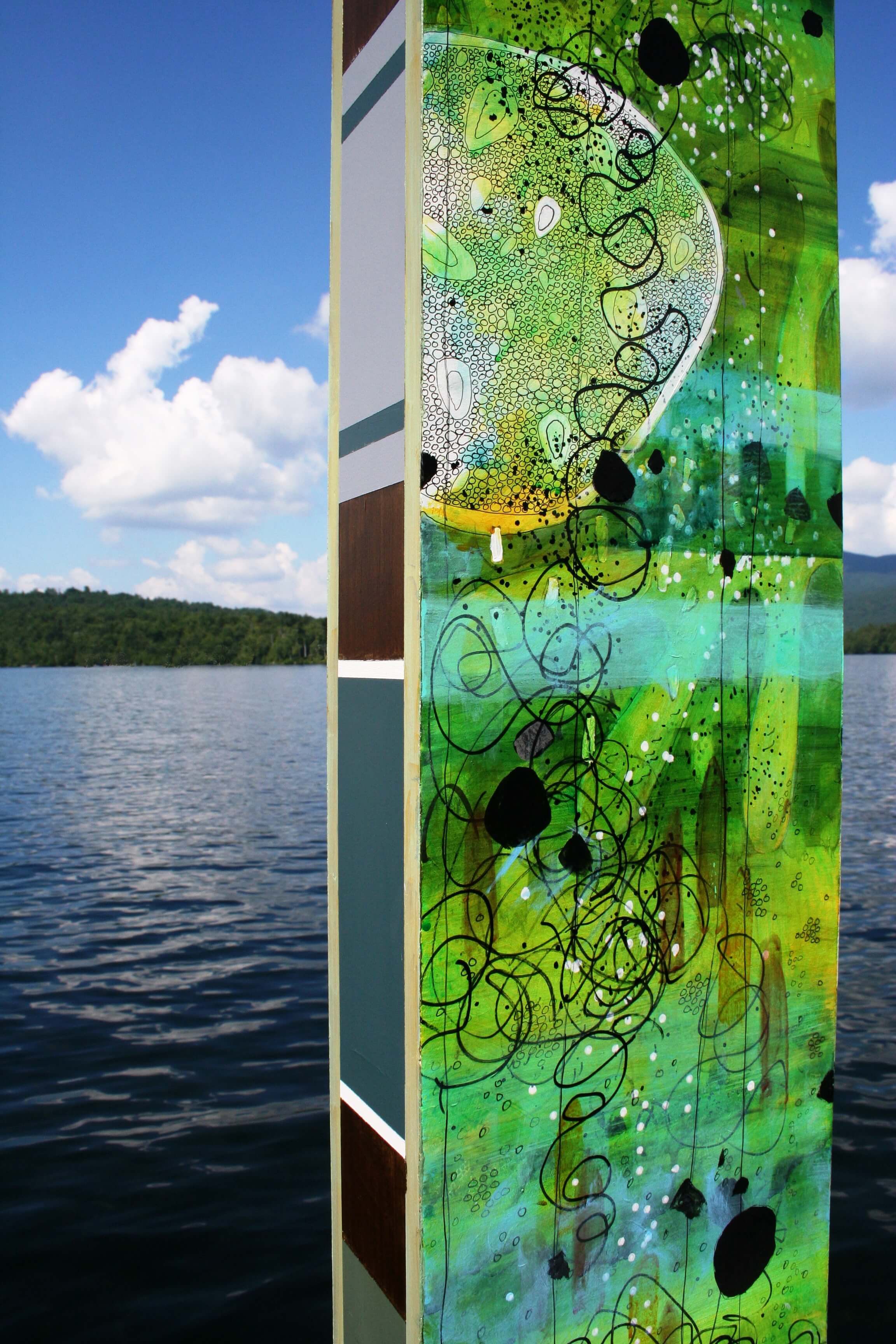 13 Aug CREATIVITY: How “Thinking Outside the Box” Works

Posted at 19:31h in WHAT WORKS by Karen 0 Comments
0 Likes
Share

Elon Musk does it: thinking for yourself, getting to the essence, “first principles thinking.” This article by James Clear explains how creativity works and how it can work for you:

First Principles: Elon Musk and Bill Thurston on the Power of Thinking for Yourself
By James Clear 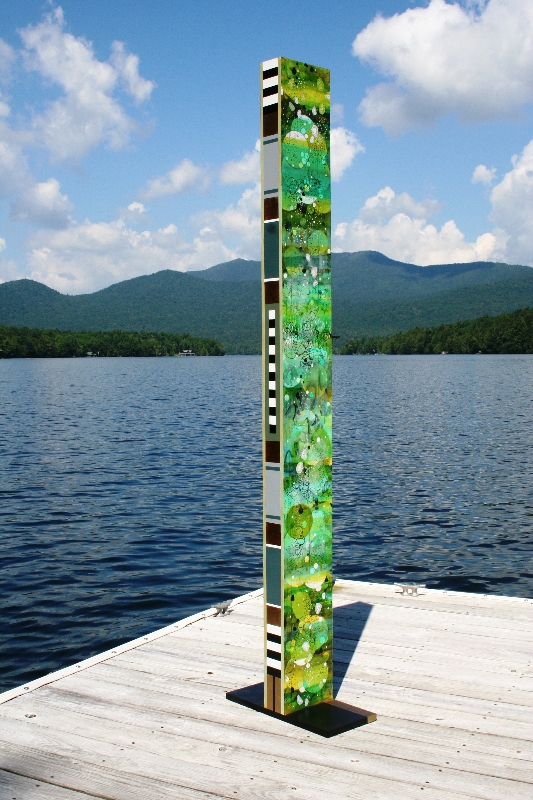 Bill Thurston was a pioneer in the field of mathematics. He was particularly known for his contributions to low-dimensional topology, 3-manifolds, and foliation theory—concepts that sound foreign to number-challenged mortals like you and me.

In 1982, Thurston was awarded the Fields Medal, which is often considered the highest honor a mathematician can receive. One reason Thurston was able to contribute valuable insights to his field of mathematics was that he utilized a different set of mental models than his peers. In a paper he wrote for the American Mathematical Society— a fascinating read—Thurston explains his approach to solving difficult problems.

“My mathematical education was rather independent and idiosyncratic, where for a number of years I learned things on my own, developing personal mental models for how to think about mathematics. This has often been a big advantage for me in thinking about mathematics, because it’s easy to pick up later the standard mental models shared by groups of mathematicians. This means that some concepts that I use freely and naturally in my personal thinking are foreign to most mathematicians I talk to.” —Bill Thurston

Self-taught mental models—or, in simple terms, figuring things out for yourself—seem to be a favorite weapon of brilliant minds. (Richard Feynman, the Nobel Prize-winning physicist, also relied heavily on personal mental models. In many cases, it is the unique point-of-view afforded by self-directed learning and deep thought that enables someone to unleash an idea of minor genius.
How can you go about developing a unique view of the world?

First Principles Thinking
Elon Musk is perhaps the boldest entrepreneur on the planet right now. After helping revolutionize online payments as the founder of PayPal, Musk now runs three companies: Tesla Motors (electric cars), SpaceX (space exploration and tourism), and Solar City (solar energy). In a fantastic interview with Kevin Rose, Musk explains one of the core philosophies that has guided him during his bold entrepreneurial ventures.

“I think it is important to reason from first principles rather than by analogy. The normal way we conduct our lives is we reason by analogy. [When reasoning by analogy] we are doing this because it’s like something else that was done or it is like what other people are doing — slight iterations on a theme.
First principles is kind of a physics way of looking at the world. You boil things down to the most fundamental truths and say, What are we sure is true?’… and then reason up from there.
Somebody could say, Battery packs are really expensive and that’s just the way they will always be… Historically, it has cost $600 per kilowatt hour. It’s not going to be much better than that in the future.
With first principles, you say, ‘What are the material constituents of the batteries? What is the stock market value of the material constituents?

It’s got cobalt, nickel, aluminum, carbon, some polymers for separation and a seal can. Break that down on a material basis and say, ‘If we bought that on the London Metal Exchange what would each of those things cost?’
It’s like $80 per kilowatt hour. So clearly you just need to think of clever ways to take those materials and combine them into the shape of a battery cell and you can have batteries that are much, much cheaper than anyone realizes.”
—Elon Musk

Reasoning by first principles is one of the best ways to develop mental models that are rare and useful. Put another way, forcing yourself to look at the fundamental facts of a situation can help you develop your own perspective on how to solve problems rather than defaulting to way the rest of the world thinks.
First Principles in Daily Life
This methodology extends beyond problems in science and business. Here are a few example of how we live everyday life by analogy and my attempt to uncover the first principles instead.

“Eating healthy and losing weight is hard work. Plus, I have to give up certain foods.”
First principles: What are we sure is true about eating healthy and losing weight? To eat healthy, you need to eat more whole foods to get a good balance of macronutrients and micronutrients. To lose weight, you need fewer overall calories each week. Is it possible to achieve those two things without it being “hard work” or requiring you to “give up certain foods?” Yes, you could hire a meal preparation service to deliver finished meals to you each week.

“Writers have poor career prospects and don’t make a lot of money.”

First principles: What is the core function of a writer? To create and share information. What is required to have a prosperous and fruitful career? To provide value that a company or a group of customers are willing to pay for. Can writers use their skill of creating and sharing information to provide value? Yes, they can. Are there writers already using this skill to provide value and make a very good living? Yes, there are writers doing that already. In other words, whether an individual writer has a successful career has more to do with how they choose to package their writing skills than whether or not the skill of writing itself is valuable.
“You have to be a risk-taker if you want to be a successful entrepreneur.”

First principles: What do you need to be an entrepreneur?

You need something to sell and a way to get paid. Ok, you need something to sell. Does it have to be a risky product or service? Not at all. Many people buy “normal” products and services like bow ties and lawn maintenance and car insurance. But what about leaving it all behind and starting your own venture? Isn’t that risky even if you sell something boring? There is no rule that says you have to start as a full-time entrepreneur. In fact, that’s one of the great things about entrepreneurship: there are no rules. Keep your day job and work on nights and weekends. Or, save up a big emergency fund before jumping in.
We often live life by analogy and simply assume that what has been true before must be true in the future. Instead, break your problems down to their first principles and you may see very different solutions emerge.

1. On Proof and Progress in Mathematics by William P. Thurston. Bulletin of the American Mathematical Society. Volume 30, Number 2, April 1994.
2. Seriously, the Kevin Rose – Elon Musk interview is awesome. You can watch the whole thing here.
3. Hat tip to Bruce Achterberg. from his post about first principles on Quora.
4. Important note: Meal preparation services aren’t as expensive as you might imagine. You can often get meals (including shipping) for $8 or less. However, I still realize that this is out of budget for many people, so I don’t want you to think that I’m delusional by offering this example. Regardless of how feasible getting a meal service is for you personally, this is a good example of how we often assume one version of a story to be the one-and-only truth while other solutions become obvious if we reason from first principles.